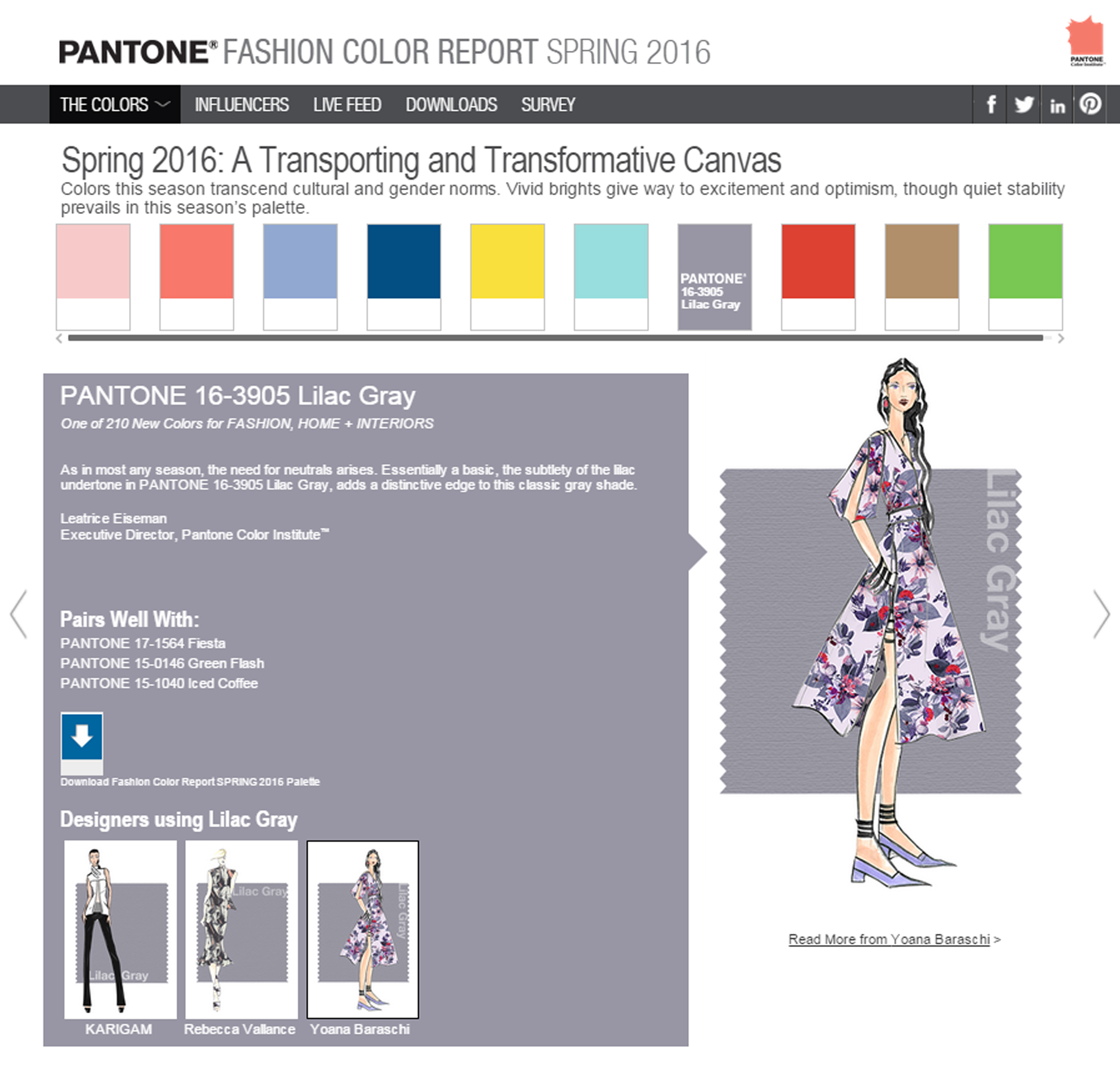 This season we liked the softening of colors and the transition of cool Pinks as in classic Fuchsia Pink (PANTONE 15-2718) into a symphony of Lilacs such as Lilac Chiffon (PANTONE 15-2913), or cooler tones such as Sheer Lilac (PANTONE 16-3617) and Pastel Lilac (PANTONE 14-3812), as well as Violets such as Violet (PANTONE 16-3320), Lavender (PANTONE 15-3817) and Violet Tulle (PANTONE 16-3416). This intriguing palette of Violets and Lilacs looks particularly surprising and modern when accented with our favorite fiery Poppy Red (PANTONE 17-1664). Easter Egg (PANTONE 16-3925) and deep Periwinkle Blue continue this moody dusk to dawn palette into the Blue family. When contrasted with Black and White, the palette takes a graphic turn in illustrated floral prints or embroideries.

The spectacular August sunsets over the Hudson river; the Black and White reality of the city is engulfed by the all-powerful drama of nature. Pink and Violet clouds on the New York West Side sky are just as magical of a backdrop as any distant, exotic island paradise. 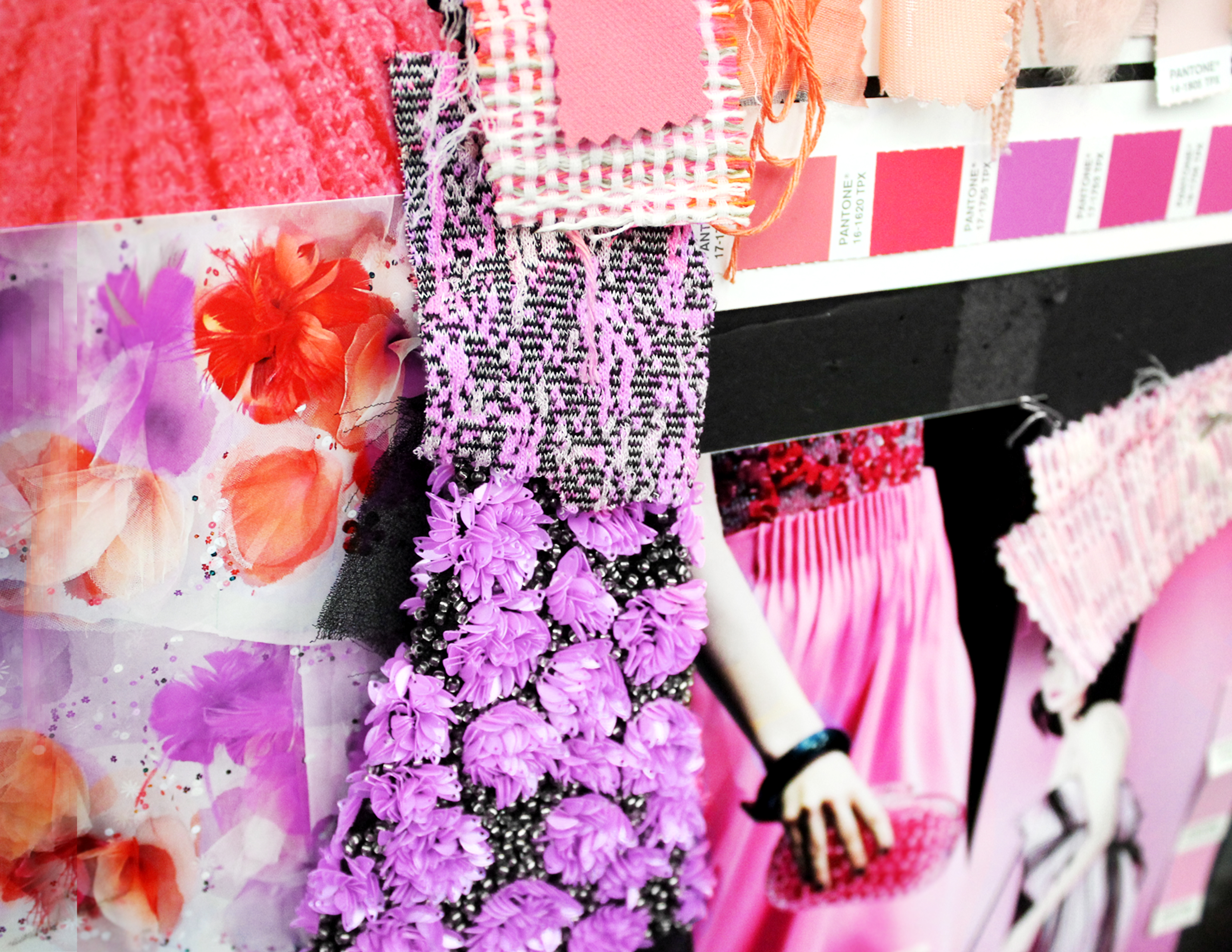 Cool tone Pinks/ Lilacs/ Violets/ Lavenders because of all their modern edge and eerie vibe.

How do you use color to impart an emotion?

We choose a color based on its ability to move you, to sway you; a star color for the season has to feel new and a little subversive to the status quo. 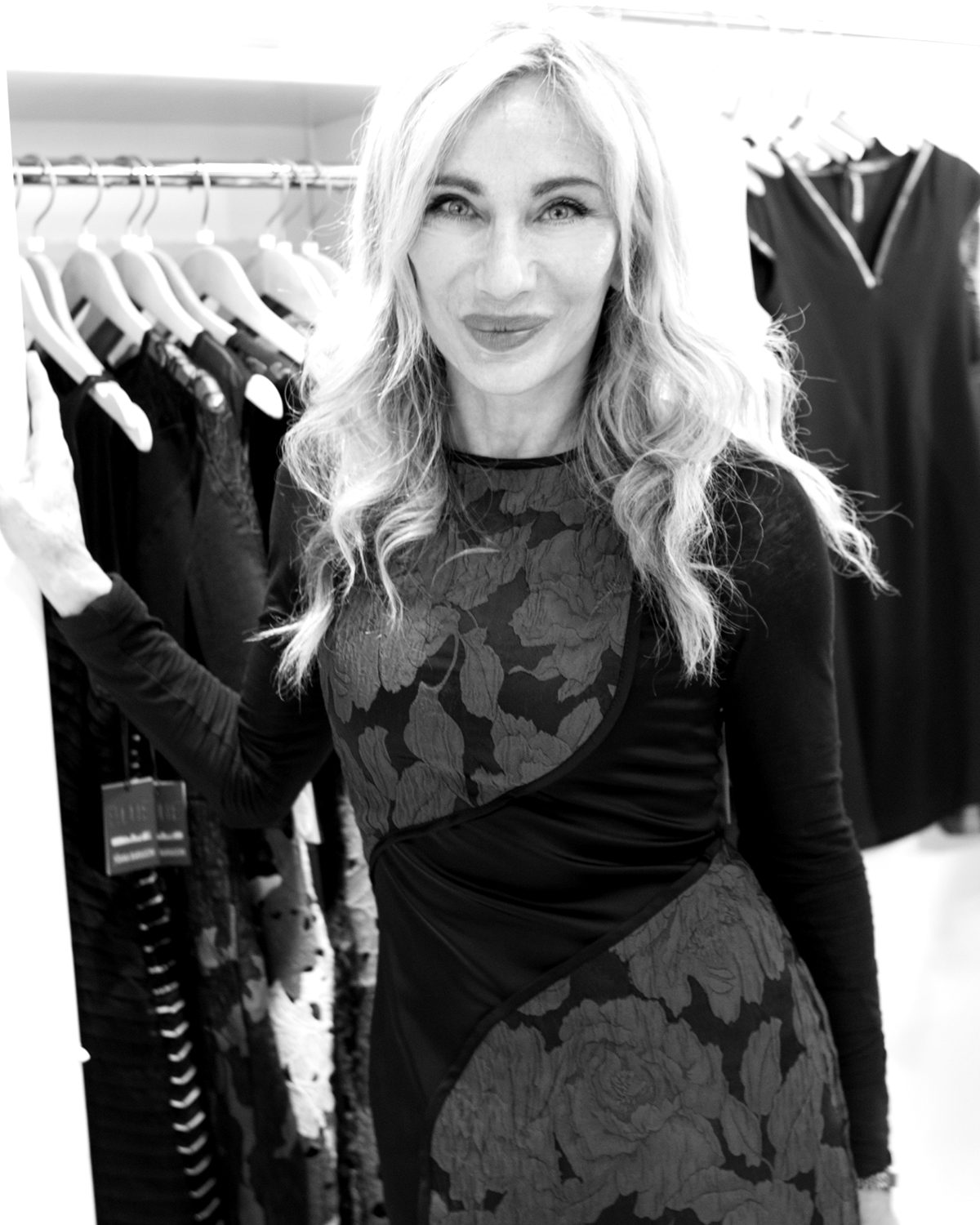 Take a look behind the inspiration for Yoana’s Spring 2016 collection featured on WWD. This season she was inspired byÂ Madame Ganna Walska’s Lotusland. 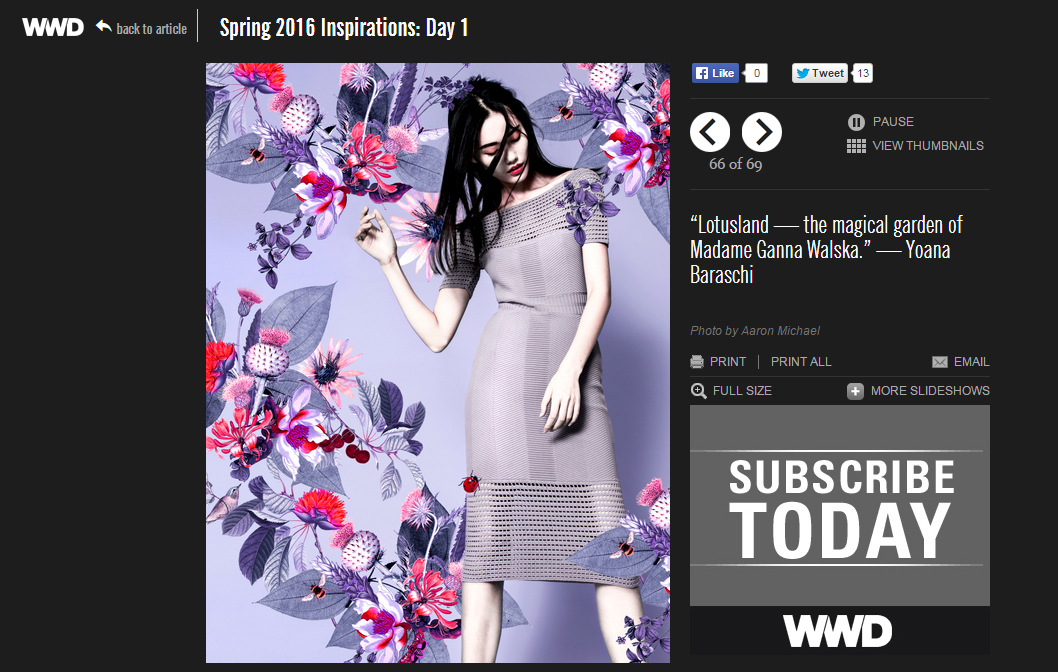 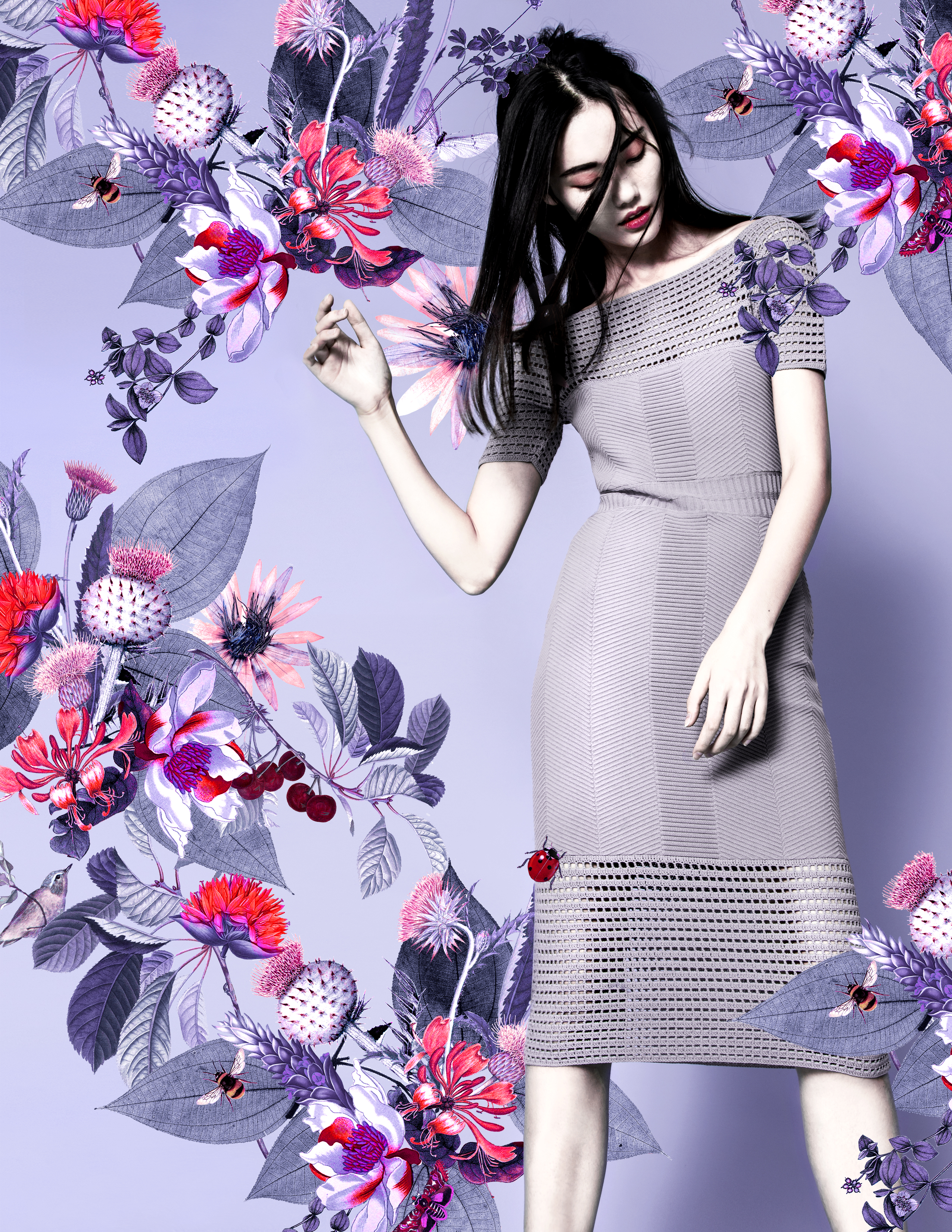 Be the first to know about new products,
sales and what’s new in the world of YB,
and get 10% off your first order!